Hurricane Season and How It May Affect Your Electricity

The 2019 storm season has officially begun with the first storm of the season on May 20th. The prediction for this hurricane season is that it should be close to normal with a 30% chance that it will be above average and a 30% chance that it will be below average. A normal season usually brings 10-15 tropical storms and 4-9 hurricanes. A season that is above average will likely have between 12 and 28 tropical storms and 4 to 9 hurricanes. A good season would include 4-9 tropical storms and only 2-4 hurricanes. Last year was definitely an above-average hurricane season. We got a total of 15 named storms with 8 hurricanes, 2 of which were major. This year will hopefully bring way fewer storms and disaster. This year, there is a 70% chance that we will get between 9-15 named storms like last year. Within this, 4-8 could become hurricanes, and 2-4 could be major hurricanes. Let’s hope that we do not have to deal with the high number of major storms we have been faced with for the past few years. Not only do these storms bring about some major destruction and disaster, but they can have a great effect on your energy bill. Here is how the 2019 hurricane season can affect your electricity bill.

Weather plays a major part in supply and demand which can cause a major shift in your energy prices. A great example of this was in 2014. When a major cold front hit, the PJM Interconnection (a major energy distributor in America) lost 22% of their generation resources. Since they lost a lot of their supplies, they could not fulfill all the demand, so prices spiked. An opposite example was in both 2015 and 2016 when extreme heat led to a decrease in the demand for natural gas. Since there was less of a demand, these gasses were at a record low price. Electricity is closely tied to natural gases, so when your gas prices are lower, don’t be surprised if your energy prices are too. During hurricane season, however, your electricity company may deal with lower supply and your prices might spike. Houston electricity companies had to deal with a lot of these issues during hurricane Harvey, and people living in Houston had to deal with electrical problems on top of all the other issues they were facing. 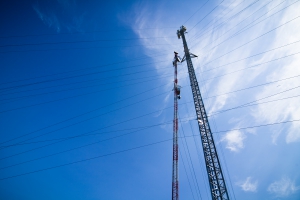 Infrastructure is basically all the wires and poles that make it possible for you to have electricity. If a major storm hits, these can be at risk. This also goes along with supply and demand. If the infrastructure is damaged, there is less energy. If there is less energy then there is less supply and greater demand. This means increased energy prices. For example, natural gas prices went up like crazy in 2005 after hurricanes Katrina and Rita. The hurricanes knocked out 113 drilling platforms and damaged close to 500 pipelines. This caused natural gas prices to go from $6/mcf to $14.33/mcf in a single month.