Texas: The Future of Renewable Energy 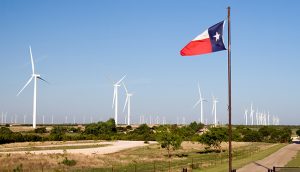 When you think of renewable resources, you likely think of certain states that are known for a more progressive way of using energy.  While California comes to mind for its many environmentally-friendly policies, the leader in most renewable energy, surpassing the Golden State by sheer quantity alone, is none-other-than our beloved Lone Star State, Texas.

This is partly because of the initiative Texas committed to back in 1999. Texas set goals for renewable energy production and services.  Shortly thereafter, in 2005, Texas reconvened and quickly exceeded its goals. In fact, Texas now manufactures more wind energy that most countries – even some combined!  Much of this is in part to wind energy, as opposed to more primitive methods of dam water and steam.  Wind energy is a more logical resource because it is cheaper.

Let’s take a look at the city of Georgetown, Texas.  Did you know that the entire populace – an estimated 67,000, is powered entirely on renewable energy? With oil and gas prices soaring, the swap to wind energy was a well-thought out plan made in 2012 and supporting the community still years later.

So, how exactly does Texas capitalize on renewable energy sources? For one, back in 2007, Texas approved a $7 billion investment in transmission lines linking windy West Texas to load centers.  This has been a catalyst in Texas leading the United States in installed wind capacity. Texas generated 18 percent of its energy from wind and solar. Wind providing the vast majority of total renewable generation.

This is significant for the state, as critics of renewable energy have argued that grid costs and reliability run rampant before we hit 20 percent wind and solar.  Texas has proven otherwise, with declining electricity prices that cost far less than the U.S. average.

Another criticism that renewable energy efforts have faced is that wind and solar energy can be inconsistent. Depending on either is to be restricted to the weather conditions at that time.  However, Texas has quickly shown that this is not an issue either. Technology that enhances stable storage of collected resources helps providers continue to serve even on off-days. This makes energy storage options a practical and adaptable option.

What’s more, energy can continue to be created and provided for cheaper because of the ability to scale.  Power generated from the wind and sun is, in essence, free, whereas fossil fuels must be continuously removed from the ground to provide energy. 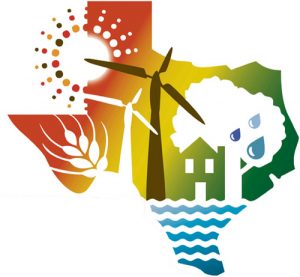 Renewable energy means affordable energy.  Bloomberg News reported that solar is set to become the cheapest power source on Earth in a handful of years. The more that is available, the less it costs per unit.

Solar power is growing increasingly popular outside of Texas and across the U.S. as well. The amount of solar power currently being collected is enough to fulfill all the energy needs of 5 million single-family homes. With roughly 29 of 31 states hosting total populations under 5 million, this is a very valid option.

Having states that prioritize renewable energy options creates a competitive market for energy. Which means that you the homeowners or business owner of these solar-powered areas are at the helm of decision-making when it comes to choosing your provider and price points.  Currently we provide service all deregulated cities with two major markets: Dallas / Fort Worth and Greater Houston Area. We have partnered with some of the most reliable Texas energy providers – including green-energy, renewable options, to bring you the lowest energy rates, exclusive deals, special plans, and 5-star service. Simply click here to visit our free tool to find an energy provider near you!