Save on Lamesa Electricity Rates and Plans! 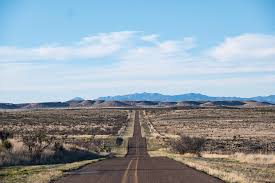 The Energy Outlet platform is here to help you compare your Lamesa energy plan options. We provide information on Texas electricity and finding the right Lamesa energy providers at the lowest rates possible!

After all, who doesn’t want to save money? With our online platform, it’s easier than ever before. Here are some of the benefits of using our site:

-Get personalized quotes from top electric companies with no hassle

-Find out which company has the best deals for your needs

-Discover discounts that may be available only through a particular provider

With Energy Outlet, we do all the work! Let us make finding cheap electricity in Lamesa a seamless and easy process. Start by entering your zip code above to get started!

When it comes to Lamesa, Texas electricity options, there are usually two types of plans that you can choose from fixed-rate plans and variable-rate plans. Here are the main differences between the two types of plans so you can find the perfect one for your home’s needs.

Fixed-rate contracts are contracts in which consumers pay the same amount each month for a set period of time. The contract period is typically 12 or 24 months long. Fixed-rate contracts have predictable rates, which may be beneficial for those who don’t want to worry about their energy bills being higher than expected due to increased prices.

Benefits of Fixed-Rate and Variable-Rate Plans

One of the benefits of a fixed-rate plan is that you can accurately budget your expenses. This is because your rate will not change for the duration of your contract. You also don’t have to worry about rate increases, as your rate will be locked in. Additionally, you can avoid surprise bills by knowing exactly how much you will be paying each month.

With a variable-rate plan, your electricity rate can go up or down each month, depending on the market. This type of plan can be a great option if you’re looking for more flexibility. For example, if your monthly budget is tight, you can lower your rate by using more power during off-peak times. Conversely, if you have money to spare, you can increase your rate by using more power during peak times. Keep in mind that your provider may charge you a higher fee for exceeding your monthly kWh limit.

Energy Plans and Rates are shown for the Oncor Service area and were updated on May 16, 2022 at 10:12 PM. Pricing shown is based on an exact usage of 1000kWh per month. Estimates are based on information provided to us by each Partner Company. Please visit the Energy Provider website, and confirm the estimates using the Electricity Facts Label and Terms of Service.

Recently, many homeowners and business owners have begun to look for “green” options in their electricity consumption. This is because the consumption of electricity causes a lot of pollution and greenhouse gases that can lead to climate change. However, there are many different types of green energy plans in Lamesa, TX that consumers can choose from when looking for a plan that is right for them.

In order to find the best green power option for your home or business, you will need to know what type of energy sources are available in Lamesa, Texas so you can pick one with an appropriate amount of renewable energy. For example, wind power has no emissions except water vapor while solar-powered plants emit no air pollutants at all.

There are also options for those who would prefer to use a more traditional kind of green power, as many providers offer plans that are partially derived from renewable resources. In Texas, one of the most common forms of green energy is wind power because there are now over 29 different wind farms throughout the state, including Lamesa.

In order to help you find the green power plan that is right for you, Energy Outlet provides comparison tools so our customers can compare electricity prices and green energy plans in Lamesa with just a few clicks of your mouse. We also provide articles about conservation and green energy on our website to help our readers learn more about new ways to save money by using renewable resources.

A common reason why consumers may want to choose a green electricity plan is that it lessens the environmental impacts of fossil fuels, such as pollution and greenhouse gases, which can contribute to climate change. However, there are many other reasons why Lamesa residents should consider green energy plans.

One of the best benefits of green power is that it can reduce your monthly electric bill because renewable sources, such as wind and solar-powered plants, do not require the same amount of coal or natural gas to produce electricity. Since green energy comes from sources that need limited amounts of input materials, there is less waste and lower emissions.

In addition to reducing pollution and greenhouse gases, green energy plans also save you money in the long term because there are no upfront costs involved like there are with fossil fuels. Once a wind or solar farm has been built, it can produce electricity for decades at an affordable rate.

Since the prices of renewable sources are now lower than what fossil fuels charge, many Lamesa energy providers offer green power to their customers at rates similar to those provided by traditional plans. This means that you can reduce your monthly costs while helping out the environment!

Monthly and yearly contract lengths are two of the most common types of contracts that you’ll find when you’re shopping for electricity. But which one is right for you?

Yearly contracts, on the other hand, lock in your rate for a year and offer a lower monthly rate. This can be a great option if you’re not planning on moving or switching providers anytime soon. But if you do decide to switch providers, you’ll likely have to pay a cancellation fee.

Energy deregulation is a process that allows customers to choose their electricity supplier. Electric utility companies in Texas are required by law to offer you the opportunity to choose your provider before switching to deregulated services.

In Texas, energy deregulation has been around since 2002 and was initiated by the Electric Reliability Council of Texas so that Lamesa consumers could have a choice when it came to their electricity provider. In Lamesa, deregulation affects your electric rates because you can shop around for different plans from various providers who offer Lamesa energy rates that vary depending on what type of plan you choose.

How Do I Shop For Energy Plans In Lamesa?

Lamesa City is one of the Texas cities enjoying power deregulation. Because of that, residents have the power to choose which electricity provider to go with. There are hundreds of electric providers in the city, giving residents the privilege of shopping around for the perfect electricity plan for their homes and businesses.

However, because of the wide variety of providers in the electricity market in this area, shopping for the perfect energy plan might be daunting. But to shop, first, check if you are under a contract with your current provider. If you are, you might need to inform them two weeks before making a switch.

Now look at your usage, consider if the new provider is offering any form of rewards, and also determine your preferred term length. When you have all this information, now go ahead to compare different plans from different providers and go with the one that best meets your needs and budget.

What Are The Top Electricity Providers In Lamesa?

Lamesa has deregulated electric service and hence has many suppliers fighting for the accounts of residents in the area. Some of the most popular electricity suppliers in Lamesa include Pulse Power, 4Change Energy, Frontier Energy, Gexa Energy, Express Energy, TXU Energy, and Just Energy.

There are a couple of them that offers relatively cheap rates in the city but the following four providers currently offer the lowest energy rates: Pulse Power, Gexa Energy, Cirro, and TriEagle Energy.

With the help of Power to Choose, Texas residents can now find their perfect energy plan. They allow users to compare the top options and see which one is best for them with regards to benefits as well as rates!

Why Do I Need To Compare Electricity Providers In Lamesa?

Many people assume it doesn’t matter which company they choose for electricity. Well, based on reliability, they might be right. All power is delivered through the same powerlines and infrastructure regardless of which electric company you choose.

But where your choice of provider makes a big difference is in the place of price. Electricity rates vary from one provider to another. And sometimes, the difference can be a lot more than you think. So to avoid paying twice as much as you should be paying for electricity, it is wise for you to compare providers before opting for one.

What Types Of Electric Plans Are Available In Lamesa?

The most common types of electric plans you can choose from in Lamesa are fixed-rate plans, variable-rate plans, and no deposit (prepaid) plans.

With fixed rates, your electric rates remain the same for the term of your contract. This can be from several months to 3 years. But for variable rates, your prices will change every month based on energy demand, seasonal variances, and other factors.

However, sometimes, you may not want to pay a deposit for electricity service. So your best plan will be the prepaid plan. Here, you will only pay for the amount of power you use. You can even pay in advance for the unit you want to use.

Why Do Some Electricity Providers In Lamesa Run Credit Checks?

Electricity is produced by other companies entirely different from the electricity provider you pay your bill to. The producing companies own and operate wind turbines and power plants to make sure you have electricity in your home.

Your electricity provider then buys this power from the producing company and resells it to you. So, when anyone refuses to pay their electricity bill, the provider is still on the hook to pay the producers for that power. Therefore, electric providers always try to reduce the rate of defaulters among their customers.

One way to ensure that is by performing a credit check that allows them to determine if they should be asking you for a deposit before enrolling you in an electricity plan.

Your Lamesa energy provider should be affordable, reputable, honest, transparent, and above all, customer centric. We have partnered with some of the most reliable Texas energy providers to bring you low rates, great companies, special plans, and 5 star service.