Save on Laredo Electricity Rates and Plans! 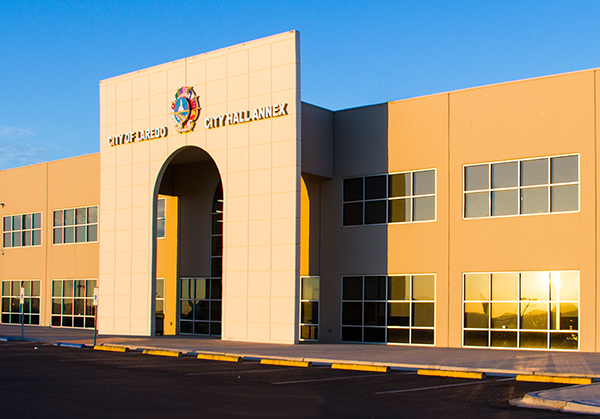 Energy Outlet helps you find the best Laredo electricity rates and plans. In Laredo, consumers have a choice of either a fixed rate or variable rate plan. Both options have their advantages for controlling your rates, but choosing the one that’s right for you may take some research. Energy Outlet has already organized all your Laredo energy plans, so you can pick the best option for you, with cheap electricity rates. Compare energy plans to find the best options.

Fixed rate plan contracts have terms with a minimum of at least 3 months but could extend to as much 36 months. During the course of the contract, your rate will stay the same — with a few exceptions. This plan is one that provides security and stability with your Laredo energy rates. You will know what to expect each month with rates that do not change.

On a variable rate plan, your price per kWh will fluctuate based on wholesale electricity prices. When the price of Laredo energy goes down, you’ll pay less, but your electricity rates will increase if the prices go up. Variable rate contracts are month-to-month, so there are no long commitments or fees for terminating the contract. This plan is great for someone looking for a short-term plan or looking to take some risks.

After choosing between a variable-rate and fixed-rate plan, you will be able to choose if you would like to power your home with green energy. If you decide to switch to a renewable energy plan, be sure to take a look at all the provider options. There are several providers that offer partially renewable or fully renewable options.

Energy Plans and Rates are shown for the AEPC Service area and were updated on September 2, 2020 at 04:07 AM. Pricing shown is based on an exact usage of 1000kWh per month. Estimates are based on information provided to us by each Partner Company. Please visit the Energy Provider website, and confirm the estimates using the Electricity Facts Label and Terms of Service.

Residents of the city of Laredo get to benefit from Texas energy deregulation. Energy deregulation means that you have the power to chose your electricity providers and plan. Energy deregulation creates competition in the energy market, so energy providers are battling to provide the best plans with the best electricity rates. Many companies will also offer extra benefits to stand out from their competitors. This is great news for you because it means you have plenty of options to chose from and the ability to find the best energy plans, with the lowest rates, perfect for you.

This freedom may seem overwhelming, but do not worry, Energy Outlet is here to help you find your perfect plan. We have organized the Laredo electricity plans from some of the top energy providers in your area. All you have to do is see what we have to offer and pick the best one for you, with the lowest electricity rates available.

With Texas deregulation laws, the energy market has many choices when it comes to your plan. Regardless of the electric company you choose, your local utility will continue to deliver your electricity. In Southern Texas, AEP is responsible for regulated electric transmission and distribution to nearly 10 million customers. When you change plans or providers, nothing will change on the distribution end.

For more information on Laredo electric companies or to purchase your next plan, contact EnergyOutlet.com today!

People who live in the city of Laredo, Texas, face hot, intense summers. The average temperature in the summer is about 88 degrees. The average high in the hot months in this city is a scorching 99 degrees, with the average low being 76 degrees. Another factor in Laredo weather is the intense humidity that the residents of this city face. Humid weather can make the air sticky and uncomfortable. In order to eliminate this moisture from the air, your air conditioning system will have to work extra hard. Not only is a humid climate uncomfortable and unpleasant, but it actually makes the already warm Laredo air feel even hotter. People who live here understand that, in the summer months, especially, their air conditioning system has to be on full power nonstop. Constantly running your air conditioning system can add up and be pretty costly. It can be expensive to stay cool and comfortable, but it does not have to be. Energy Outlet lets you chose the best plan option with the best electricity rates. You should not have to hurt your wallet in order to stay comfortable in your own home.

Although the winters in Laredo Texas are mild and pretty warm, your energy bill does not take a break. During the cooler months, people are more likely to stay inside and use the home's electricity more than usual. Doing every day things such as showering, using a coffee maker, watching TV, and using the lights in your home add to your energy bill.

The holiday season is a great time of year, but not very good for your electricity rates. When you have family and friends visiting to take part in the holiday festivities, and you have more people in your home, you are bound to be using more electricity. That is the same for all the people staying home during their time off work. Baking all the delicious holiday treats is a wonderful part of the holidays but can also add some unexpected costs on your energy bill.

Laredo is in south Texas, right on the border of Mexico and on the Rio Grande. For a short while, the city was its own nation called the Republic of the Rio Grande. It is the only place in Texas that has seven flags flying over it instead of six, the seventh being from Spain. The city has a Spanish feel with great influence from both Spain and Mexico.

What kind of energy plans can I get in Laredo?

In Laredo, companies offer fixed rate and variable rate energy plans. You can choose any of the plans that best suit your budget and requirements. At the fixed rate, you will pay the same rate during the complete tenure of the contract, while with a variable rate, the rates will change each month according to fluctuations in the energy markets.

How can energy deregulation affect me?

Energy deregulation means when you have many energy providers in your city, and you have many choices to compare energy plans to choose the best one for you. It is the opposite of monopoly because it boosts competition between companies and customers takes the benefit of better services but cheap electricity rates.

Laredo is also a deregulated city, and you can also take all benefits of energy deregulation to choose the best energy plans for you and your commercial use. You can choose the best and Laredo electricity rates offering companies from Energy Outlet.

Why is it better for me to choose a green energy plan from my home?

Green energy plans offer many features and benefits comparing to traditional electricity. The reason is that it produces from renewable resources such as wind and sunlight. There are no harmful effects of both, and it is friendly with Mother Nature. Green energy plans produce energy without polluting your atmosphere. It is also cheaper means of energy than fossil fuel means of power.

What are the best energy providers in Laredo?

Laredo is a deregulated city in Texas, and many energy providers are producing electricity to meet the needs of Laredo citizens. Due to deregulation, intense competition is held, and you will mostly get better services at reasonable rates. Among the extensive list of energy producers in Laredo, Express Energy, Pulse Power, Discount Power, Tara Energy, and Veteran energy are the best Laredo electricity providers to choose from.

What is the difference between a fixed-rate and variable-rate energy plan?

Unlike other cities, Laredo has different behavior regarding fixed and variable plans. In Laredo, Fixed plans are preferred because it is a hot area, and in summer, it is too hot even when the temperature reaches 99 F. But winter is also a little bit hot, and people do not face many changes in their routines, and they also take baths to keep themselves more relaxed. So fixed rates are best to choose because they save you from the effects of inflation if you have selected the fixed energy plan for a longer tenure, such as for 36 months.

Which provider offers the lowest rates?

Laredo energy rates are reasonable, and many of the best companies provide you energy at cheaper rates. But among the list of best companies, Express energy and pulse power are offering affordable energy rates in Laredo. You can also find others from Energy Outlet.

Your Laredo energy provider should be affordable, reputable, honest, transparent, and above all, customer centric. We have partnered with some of the most reliable Texas energy providers to bring you low rates, great companies, special plans, and 5 star service.