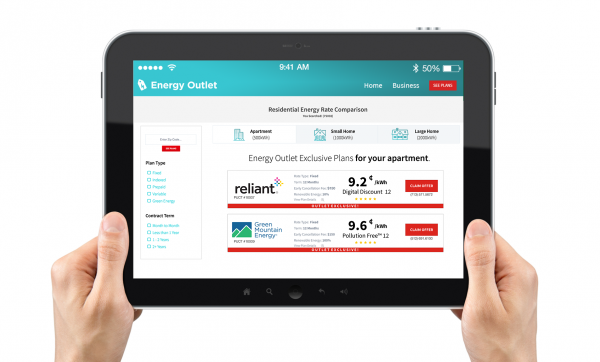 It can be an overwhelming process to try to find a perfect plan. Energy Outlet is here to make the whole process as quick, easy, and stress-free as possible. We help you find the best energy plans for your specific needs while helping you save. With Energy Outlet, you have the power to choose the best plan for you with the lowest rates possible. Compare energy plans in Mesquite to find the best option for your home.

One of the options available to you when it comes to an electricity plan is a fixed-rate plan. With this option, you will have set, locked-in Mesquite energy rates that will not change for the duration of your contract. This provides you with stability and consistency with a plan that you can rely on. There are also several contract term lengths to choose from for your convenience. Although there are several different lengths, the most common range from three months to three years.

Another option is a variable-rate plan. This one is practically the opposite of the former. With this plan, your rates will not be set, but instead, will change based on the market. This means you will benefit during certain times in the year when energy prices drop, but you will have to pay a bit more during other times in the year. This plan also runs on a monthly basis rather than a set contract. This means you can change your plan any time you feel the need to, offering flexibility and freedom.

Energy Plans and Rates are shown for the Oncor Service area and were updated on October 5, 2022 at 01:12 PM. Pricing shown is based on an exact usage of 1000kWh per month. Estimates are based on information provided to us by each Partner Company. Please visit the Energy Provider website, and confirm the estimates using the Electricity Facts Label and Terms of Service.

We are here to help you power your business as well as your home. The only thing you need to do is spend a few short minutes filling out a brief survey. After this, we will send your information to some of our top providers. From there, they will begin to reach out to your with personalized energy quotes. All that is left for you to do is pick the best option for you and your business. Finding the perfect solution for your business is quick, easy, and completely free.

Energy deregulation allows you to choose your energy provider and plan. This ability for choice creates a competition between the energy providers as they battle for your business. In order to win you over, they will often offer some unique plans and cheap electricity rates. This is great news for you. This means you have several great energy plan options to choose from and the power to find the best plan with the lowest rates.

In Mesquite, your energy distributor, Oncor Electric Delivery, will take care of any distribution changes, so you will not have to worry about any changes in your energy. When you switch your plan, your work is done. 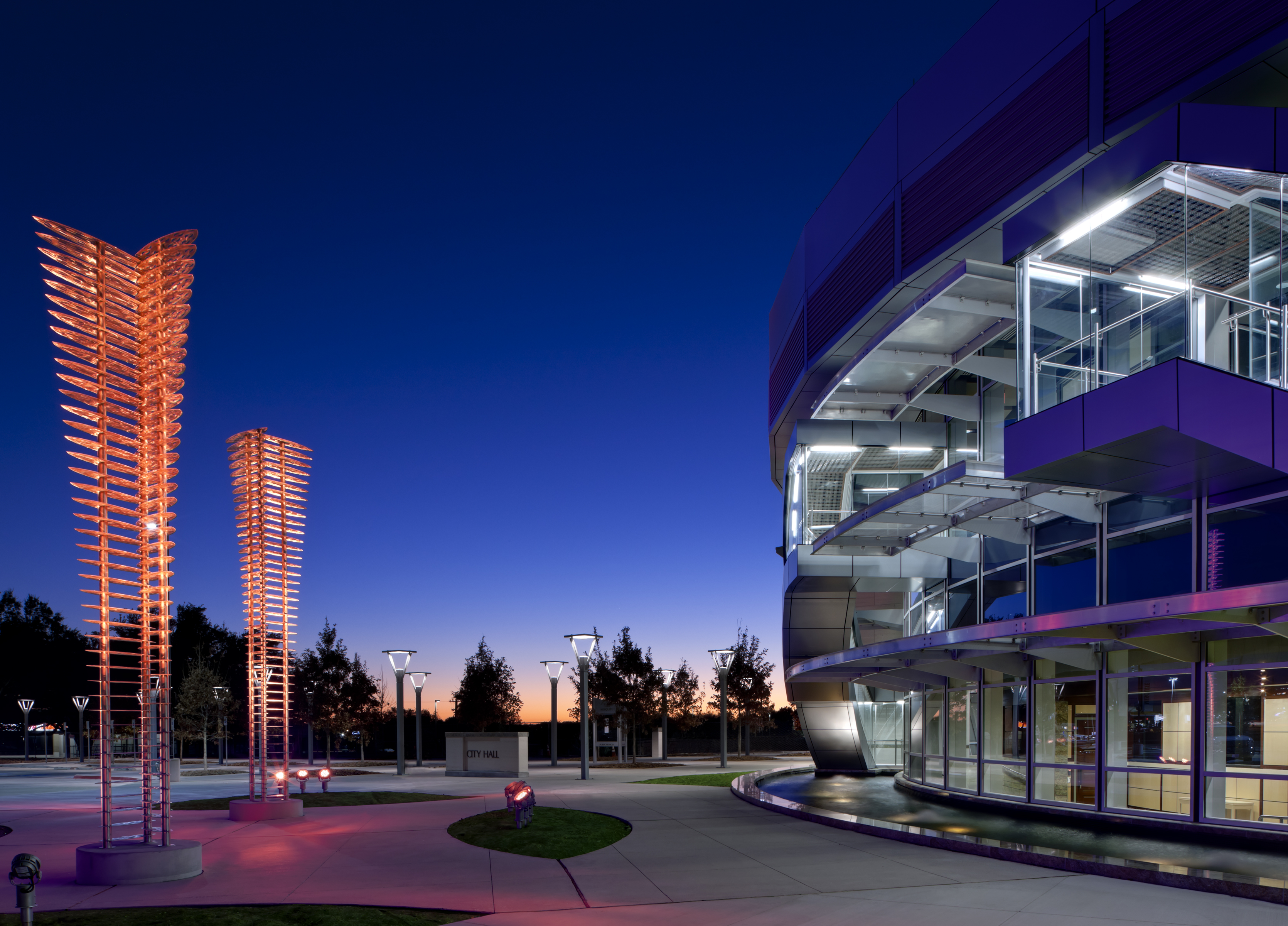 In the early days, Education was super important to the early pioneers that first settled in Mesquite. Family farms held ground to different field schools such as the Oates school built in the 1870s. In the early 1890s, the town served as an expanding farming community where a road connected the local farmers with Dallas and a population of only 135. Another factor that brought the population to the town was the post-World War II building boom when new subdivisions were established. From farm life to the expansion of businesses, Mesquite, Texas, understands the critical need for efficient and affordable energy.

Mesquite has a humid subtropical climate, and the summers tend to be the hottest during the July and August months. The long, dry summers result in a demand for lower temperatures indoors in order to stay cool. Due to the continuous usage of air conditioning systems during this time of year, energy bills begin to rise.

The winters in Mesquite are similar to those of the DFW area and tend to be very dull because of its climate. The weather is not brutally cold, but there are times when the temperatures have sudden drops during the January and February months. While temperatures decrease, members of the household tend to be less active as well. Throughout the winter, most people like to stay inside to avoid the cold weather. The electricity usage can increase from technology use, lights left on for long periods of time, and water heaters working harder to heat the house. Thankfully, there are affordable options available for you and your family’s style of living right in the heart of Mesquite, Texas.

All of these types of renewable energy are clean and efficient, making them a great choice for your home or business.

While there are many sources of green energy to power your home or business there are two types of energy sources that have been found to be more popular than others in Texas.

Wind Energy – Wind power comes from the kinetic force generated by wind turbines as air passes through them. The kinetic force created by the moving blades spins an electric generator, generating electricity and providing clean, carbon-free power to homes across America.

Solar Power – Solar panels convert sunlight into usable electricity that can be fed into the electrical grid or stored in batteries for later use. This type of green electricity doesn’t require any costly installation and can provide a variety of benefits to homeowners, like lowered energy bills and increased property value.

If you’re looking for a reliable and sustainable source of power for your home, then wind and solar energy are the perfect choice!

The Importance of Green Energy

The importance of green energy is something that has become more and more important in recent years.  This is due to the increase in awareness about how much damage fossil fuels are doing to our environment, as well as people’s health. People have come to realize that they need a way out from this reliance on oil, natural gas, and coal if we want things like air quality and global warming levels to go down. The good news is that there are plenty of ways for people who are interested in switching over their electricity usage to do so! Simply enter your zip code at the top of the page to get started!

However, it’s important to be aware of the potential risks of signing up for a time-of-use plan. If you use more electricity during peak times like evenings and weekends, the higher rates could make the plan more expensive than other options. This can end up costing you more money in the long run.

What is energy deregulation?

In places where energy is regulated, people have no other choice than to buy electricity from the local utility. But when energy deregulation is imposed, the energy market becomes open to different retail providers who can sell power to the consumers. Because of the competition, it’s easier to keep the price of energy lower. This also means that the people have the power to choose among different energy plans and providers.

What is Energy Outlet?

Energy Outlet is an online platform that helps you compare and find the best electricity rates and plans in the city. We understand that choosing the right energy plan can be confusing and overwhelming, so we’ve made it our mission to simplify the process.

Power to Choose is a digital platform designed to help Texans in deregulated areas find the best plan options. The site allows users to compare local energy plans and providers side-by-side so they can see which has the lowest electricity rates for their specific needs. Compare your plan’s benefits now with Power To Choose!

Is Mesquite an energy deregulated city?

Fortunately, the energy market in Texas was deregulated in 2002. This means that majority of the cities in the state enjoy the benefits of energy deregulation, including Mesquite. The power still comes from a single transmission utility, which is Oncor. But since Oncor cannot sell energy directly to consumers, the energy providers in the area are the ones selling the power to their consumers through different energy plans.

Who are the energy providers in Mesquite?

What kind of energy plans are available?

Energy plans in Mesquite are either fixed rate or variable rate. Both of these types have their own sets of pros and cons.

Other types of energy plans you can get are no-cancellation plans, nights-free plans, and 100% green energy plans.

Which one is better – fixed rate or variable rate?

Knowing which type of energy plan is best for you would depend on your energy usage and your preferences.

If you want consistency in your energy bill, a fixed rate can certainly give you that, especially if your usage remains more or less the same every month. It also saves you from paying more during energy hikes.

However, a variable rate means that you get to enjoy a lower monthly bill on months when the cost of energy is low.

Frontier Utilities offers their Best Value 12 plan at only 5.2¢ per kilowatt hour. It’s 6% green energy and has a fixed rate for 12 months. So if your household has an average usage of 1000 kWh per month, your monthly bill would cost around $51.94 a month.

But what could prove to be the best value for your money is the Texas Saver 36. It has an energy rate of 5.9¢ per kilowatt hourbut has a contract period of 36 months. This means that even if the prices rise in the next 3 years, your own energy bill will remain the same.