Save on Odessa Electricity Rates and Plans! 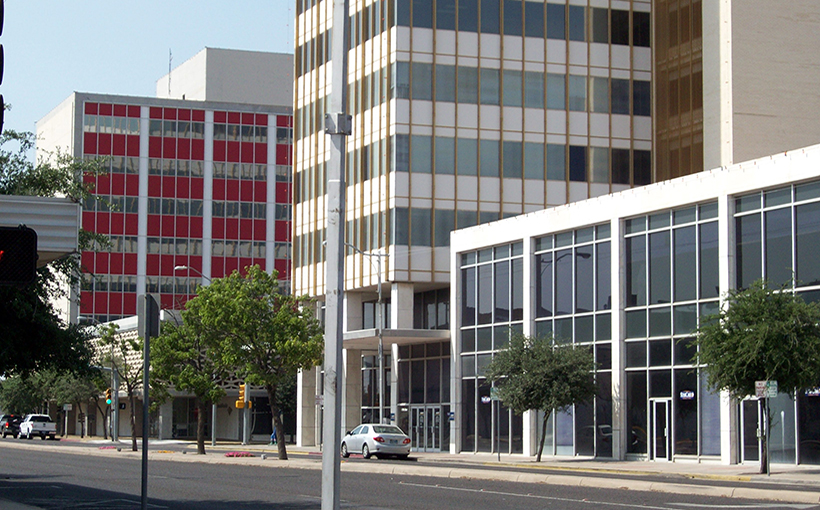 Energy Outlet is here to help you chose the best energy plans with the lowest Odessa energy rates. We have organized all the Odessa electricity providers and plans, so you can find the best option for the best rate. We have done all the hard work for you. Now you just have to pick the Odessa electricity plans best for you. Your only job is to pick the best option for your specific lifestyle and enjoy the benefits of a unique plan and cheap electricity rates. Compare energy plans to find the best one for you.

As a resident of Odessa, with Energy Outlet, you have the option of two uniquely beneficial plans, variable-rate and fixed-rate. It is important to understand your options and choose the best one for your home. After deciding between the two options, you will be able to decide if you want to power your home with green energy. Choosing a renewable plan is an easy and inexpensive way to better the world around you.

With this plan, your electricity rates will fluctuate with the market. This plan may not be the best long-term option, but it is perfect for the short-term. An electricity plan like this one does not require a contract. You are able to take your plan month-by-month and cancel any time. It is also a good plan for any risk-takers or someone looking to benefit when the electricity rates are lower.

This plan is pretty much the opposite of the first. Unlike the variable-rate plan, this one comes with a contract. This option is meant to be a long-term option. With this plan, your electricity rates will remain constant each month. It provides stability, security, and predictability with your energy bill. This option is great because you can set it un and not worry about it each month. Many plans also allow you to set up automatic online payments, so you do not have to worry at all.

Not all plans require credit checks or a deposit. Don’t let bad credit or deposit concerns keep you from finding the right electricity rates. Contact us today and learn more about plans with no deposit or credit check.

Energy Plans and Rates are shown for the Oncor Service area and were updated on January 20, 2022 at 06:12 AM. Pricing shown is based on an exact usage of 1000kWh per month. Estimates are based on information provided to us by each Partner Company. Please visit the Energy Provider website, and confirm the estimates using the Electricity Facts Label and Terms of Service.

Like most of West Texas, Odessa has a semiarid, or dry, climate, with only about 27 rainy days a year. The summers in this city are hot and sunny, reaching up to 95 degrees or higher. These intense summers call for your air conditioning to constantly run on high to maintain comfort in your home. This can make your energy bill spike, and hurt your wallet. Your bank account should not have to suffer in order to keep your home comfortable. Energy Outlet will help you find the best Odessa energy plan to keep you cool in the hot Odessa summers, at the best electricity rates available.

Winters in Odessa are mild and dry. Snowfall is rare considering the high temperatures throughout the year, which play a big role in high energy bills. The weather creates a constant need for cool air within the household. Luckily, because the summer months are extremely hot, the electricity rates from December through February are exceptionally reduced due to the cool weather. This is when someone with a variable-rate plan would greatly benefit. Take some time to explore the variable-rate energy plans available to you in Odessa, so see if this type of plan is right for you.

When it was first founded in the year of 1881, the city of Odessa was merely just a water stop and cattle shipping point on the Texas and Pacific Railway. With the opening of Penn Field in 1929 and Cowden Field in 1930, the city moved its way up by becoming a major attraction during the oil booms. The economy flourished and more people decided to move in with their families. This increased the population from 750 to roughly 5,000 people in 4 years.

Is Odessa an energy deregulated city?

Energy deregulation happens when different retail providers are allowed to sell energy plans instead of having a single entity monopolizing the market. Because of this, consumers are able to choose their own provider and energy plan. Rates are also cheaper as different providers try to be as competitive with their pricing as possible.

The online platform, Power to Choose, allows Texas residents with the opportunity of comparing energy plan providers in their area. This personalized service is provided by allowing users a chance at finding what would be best for them and how much they can afford as far as rates go! The site offers many features similar to Energy Outlet which makes this tool very helpful if you’re interested in saving money on your monthly electricity bill or looking into switching over from another company entirely.

What is the average monthly electricity rate in Odessa?

What is the best monthly rate I can get in Odessa?

The cheapest rate in Odessa is 5.2¢ per kWh. This is the fixed rate under the Best Value 12 plan from Frontier Utilities, and is locked into a 12-month contract. However, a longer contract period with a fixed rate could sometimes be more beneficial because it could protect you from potential rate increases in the near future. The Texas Saver 36 gives the best value in this case, because it applies a fixed rate of 5.9¢ per kWh over a 36-month period. This is also 19% green energy, compared to the Best Value 12’s 6% green energy.

What is a fixed rate and how does it benefit me?

If you think a fixed rate is not for you, there are also variable-rate plans for you to choose. A variable-rate plan means that the energy rate applied to your bill changes every month, depending on how much the market price is. Although this allows you to enjoy months when the cost of energy is low, it also means that your bill will become higher on months when the cost of energy is high.

What happens if I don’t want to finish my contract period?

Some energy plans impose a cancellation or an early termination fee, which means added spending for you if you decide to switch to a different provider before the contract period ends. However, there are some plans that do not have a cancellation fee attached to it, so make sure you read the conditions that come with your energy plan before you make a final decision.

Your Odessa energy provider should be affordable, reputable, honest, transparent, and above all, customer centric. We have partnered with some of the most reliable Texas energy providers to bring you low rates, great companies, special plans, and 5 star service.