Round Rock Electricity Rates and Plans


Save on Round Rock Electricity Rates and Plans! 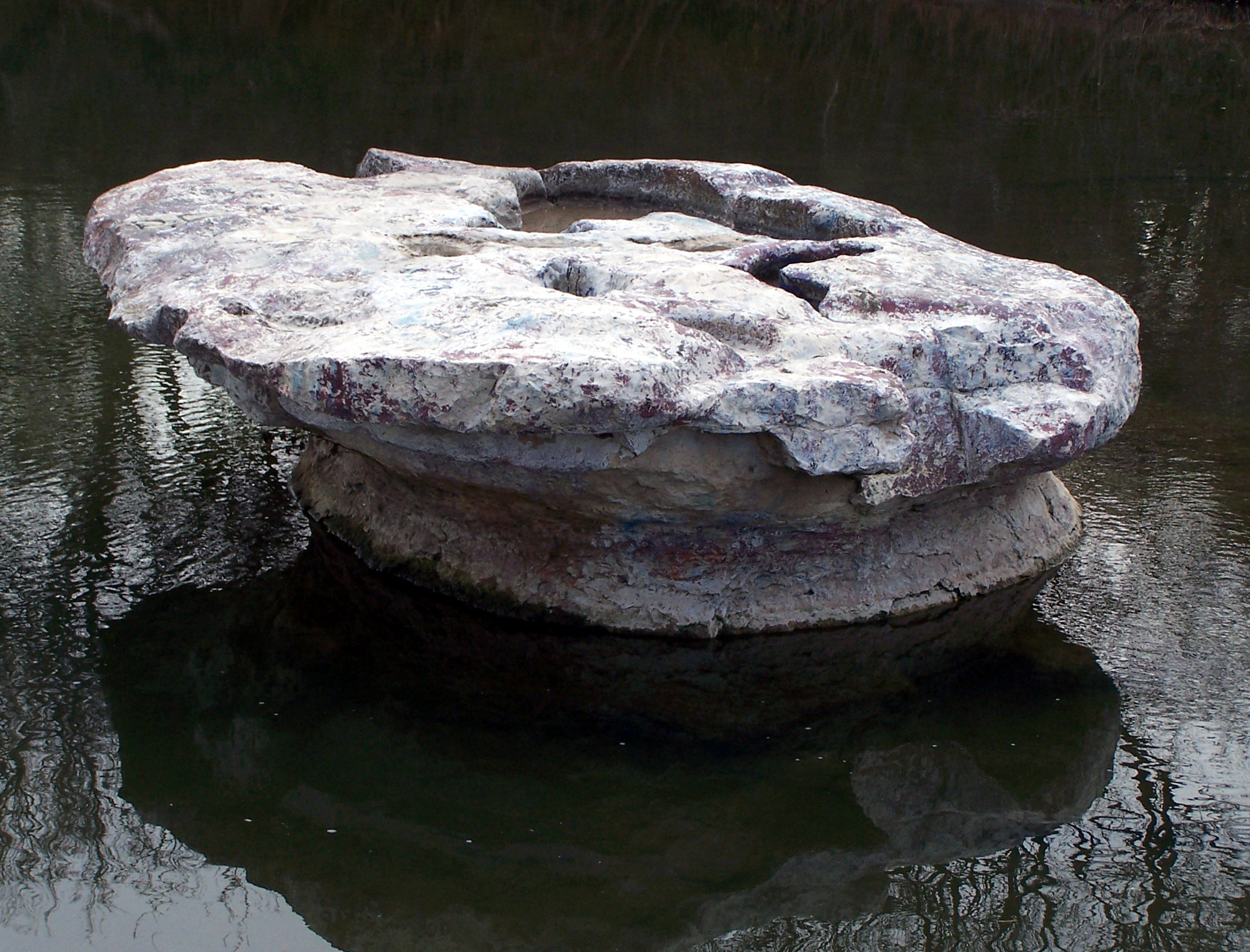 Energy Outlet gives you the power to choose the best Round Rock electricity plans and rates. We have organized all your options and made it easy for you to find the perfect plan for you at the lowest Round Rock energy rates.

Popular Cities Around Round Rock: Alvin | Fort Worth | Belton | Tyler

During your search, you will find two types of plans in Round Rock, Fixed-rate and Variable-rate electricity. Compare energy plans in your area to find the best option.

After deciding between the two basic plan options, you can decide if you want to power your home with green energy. If this sounds like a good option for you, be sure to compare different electricity providers. Several providers offer partially or fully renewable plans.

This type of plan locks in the cost of your per kilowatt-hour for the duration of your term. This means prices will be consistent, and Round Rock energy consumers can avoid the seasonal fluctuation of Texas electricity rates. This plan is perfect for someone looking for a stable and predictable plan.

On the other hand, this plan offers cheap electricity rates that change and fluctuate with the market. Customers may have the ability to take advantage of lower electricity rates in the mild Texas winters. However, consumers also risk paying more in the intense summer months. This plan typically operates on a month-to-month basis without a contract. This makes it a perfect short-term option.

Round Rock is one of the many Texas cities that benefit from Texas energy deregulation. Energy deregulation gives you the power to choose your energy provider and plan. This gives you the freedom to pick the plan that best suits you and your needs at the lowest electricity rates. Since you get to choose your energy provider, companies will battle for your business. To try to win you over, many companies offer unique benefits and special offers, as well as the lowest rates possible. This is good news for you. It means you will be able to pick the lowest energy prices available.

Energy Plans and Rates are shown for the Oncor Service area and were updated on May 16, 2022 at 10:12 PM. Pricing shown is based on an exact usage of 1000kWh per month. Estimates are based on information provided to us by each Partner Company. Please visit the Energy Provider website, and confirm the estimates using the Electricity Facts Label and Terms of Service.

Energy companies in deregulated cities across the state now compete to supply electricity to residents in accordance with the Texas Senate Bill 7. Residents and business owners have had the ability to choose their retail electric provider in Round Rock since 2002. Round Rock’s local electric utility company, Oncor, continues to deliver electricity to your home or business and maintain power lines.

Energy Deregulation is just another advantage to living in Round Rock- with its close proximity to the competitive Dallas energy market, EneryOutlet.com makes finding the right electricity provider efficient and worry-free.

Using Energy Outlet, with so many electricity companies to choose from comparing local providers has never been more simple. By providing you with a list of Round Rock electricity providers you can choose the right plan for your home or business.

How Climate Affects Electricity Rates In Round Rock

Round Rock consists of a hot, dry climate throughout the majority of the year with mildly cool winters. The summers call for consistent use of air conditioning units as a result of the elevated temperatures in the months of July and August. The average high in the summer is a scorching 97 degrees. The average low of the summer is still a warm 70 degrees. Although Round Rock is not as hot as some of the other Texas cities, the residents of the city do face some intense heat for a large part of the year.

Another factor that adds to the discomfort of the summers in this city is the intense humidity. The moisture in the air during the summer months can be sticky and uncomfortable. The humidity can also make the already hot air feel even warmer. Because of this, the air conditioning systems in this city have to work double-time. This can cause your energy bill to add up quickly, so it is important to make sure that you are getting the best electricity rates possible. Round Rock’s humid subtropical climate makes it essential to find the optimum energy provider for your household.

Although the winters in Round Rock are mild and not very cold, your energy prices can still add up during the cool months. During the cold weather, people are typically doing less outdoor activities, so they are using more energy than usual. Small things in your everyday life factor into your energy bill more than you would think. Things such as watching TV, making a cup of coffee, and taking a shower slowly add to your bill. The holiday season can also make your electricity rates spike. With friends and family visiting, and home residents taking time off work, you are bound to use more energy. While baking sweet treats is a great part of the holiday season, using the oven frequently can also add to your energy cost.

You should not have to let the weather put a strain on your wallet. Energy Outlet is here to help you find the best energy plans out there and save on energy.

Round Rock, Texas, was announced to have the second-fastest population expansion in the entire country with an estimated population of 120,892 people. This small-town atmosphere is conveniently located only 20 minutes away from the Texas capital, Austin, Texas, allowing residents to enjoy the large city life that is so close to home.

A time-of-use plan is a type of electricity plan that charges different rates for the same amount of power depending on the time you use it. If there are times when you want to pay less, but still have access to your usual energy supply, this might be right for you.

The more expensive rate will apply during peak hours, typically from 11am until 7pm weekdays and anytime on weekends or holidays. The cheaper rate will apply during off-peak hours which are usually at night or in the early morning before peak periods begin. There may also be an even lower rate if you’re willing to shift some of your usage away from peak times by using equipment like dishwashers, clothes dryers or electric water heaters that can be scheduled to run during off-peak hours.

Solar energy is a type of renewable energy that comes from the sun. Solar panels are used to convert sunlight into electricity, and they can be used to power a variety of devices, including homes, businesses, and public buildings.

Wind energy is a type of renewable energy that comes from the wind. Wind turbines are used to convert the kinetic energy of the wind into electricity, and they can be used to power a variety of devices, including homes, businesses, and public buildings.

Hydroelectricity is a type of renewable energy that comes from water. Hydroelectric dams are used to convert the potential energy of water into electricity, and they can be used to power a variety of devices, including homes, businesses, and public buildings.

Research helps us find electricity rates that fit our budget and also companies we can rely on. After careful research on energy rates, energy providers, and energy plans in Round Rock, Texas, we are proud to present to you top FAQs about Electricity in Round Rock.

Power to Choose is a digital platform that was created so consumers can easily compare all of the best local electricity plan and provider options side-by-side. This comparison allows users to ensure they find an option for their specific home needs with benefits like the lowest available rates, low prices or high-quality service – whatever it may be!

What kind of energy plan options is available in my city?

In fixed plans, they charge customers a fixed electricity rate throughout their contract. While you choose switching energy providers, some energy providers charge an early termination fee if you want to switch plans in the middle of your contract.

In Variable Plan Rate, the amount you pay for your electric usage every month can change based on market conditions. Most variable-rate plans are month-to-month, so there’s no fee if you decide to switch plans.

In Prepaid Plans, customers pay upfront for energy. They use your energy credit based on the actual amount of energy consumed; they also call it pay-as-you-go. If usage approaches the prepaid amount, they are expected to replenish the account.

What is energy deregulation, and how does it affect me?

Deregulation means that consumers have the power to choose from several retail energy providers (REPs) to select the best electric plans that work for their needs. This means customers can now choose and even switch to a new service provider if he/she dislikes the services provided by your current electricity provider.

Yes, Round Rock is a deregulated city.

Why should I choose a green energy plan for my home?

Not only is green energy cheap, but it is also good for the environment. Most people are often confused with green energy; they think it is only about installing expensive solar panels. These are energy generated from renewable resources, such as wind and solar power.

Using renewable energy can help lower the price and reliance on natural gas for the generation of energy. It will also protect consumers in the case of a spike in the price of fossil fuel.

What are some of the top electricity providers in my city?

There are many Electricity providers in Round Rock. Among these are TXU Energy, Direct Energy, Frontier Utilities, Just Energy, Gexa Energy, Constellation Energy, Iberdrola, and Chariot Energy.

Which electricity providers offer the lowest rates in my area?

With the deregulation of Electricity, you have the power to choose and compare different energy rates of different companies in Round Rock. We have put up the electricity companies so you can choose what fit for you.

What is the difference between a fixed-rate and variable-rate plan?

In Fixed-Rate Plans, you have fixed electric rates set in your contract, and you’ll pay that same rate everymonth, regardless of fluctuations in the energy market. At the same time, Variable-Rate Plans are subjectto change depending on energy market volatility. This means you can get a cheaper rate when demand islow but might be stuck paying more when demand is high.

Compare Power Plans in Round Rock

Your Round Rock energy provider should be affordable, reputable, honest, transparent, and above all, customer centric. We have partnered with some of the most reliable Texas energy providers to bring you low rates, great companies, special plans, and 5 star service.