Save on Seabrook Electricity Rates and Plans! 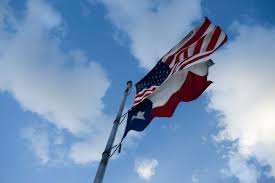 Many people think that everything is expensive in Texas. But there is one thing that is not costly in Texas, which is electricity rates. Seabrook residents have the power to choose the energy plans that are available at low rates. The electricity rates and energy plans in Seabrook are lower than in other places. By comparing different plans on Energy Outlet, you have the power to decide what you want. There are a lot of electric providers that compete to give you the best rates. So take advantage by comparing the rates on Energy Outlet and choose the best for you.

Many electricity providers offer two types of plans to their customers in Seabrook. Energy Outlet also does so. These two energy plans include the fixed-rate plan and the variable-rate plan. You can choose anyone according to your requirement.

Customers who choose the fixed-rate plan in Seabrook have consistent Seabrook electricity rates. In the fixed-rate plans, the customers have to lock in a rate. Lock in the rate means that the price remains the same in the entire contract period. No matter the energy supply rate fluctuates in the market; the prices remain the same. The customer pays the same price until the agreement ends.

Fixed-rate plans and variable-rate plans are the two most common energy plans, however, have you ever heard of a time-of-use plan? A time of use plan is a type of electricity plan that charges consumers different rates for using energy during different times of the day.

Time of use plans can be a great way to save money on your monthly electricity bill, but they’re not right for everyone.

In a monthly contract, your energy rate will be set for the month, no matter how prices fluctuate on the market. This type of plan can give you certainty in your budget, as you’ll know exactly what you’ll pay each month. At the end of the month, your contract is up, giving you the flexibility to change, cancel, or renew your energy service. These contracts can be a bit pricier than yearly options, but they offer unique flexibility not found in long-term agreements.

A yearly contract are best for people who want to pay less upfront but don’t mind paying higher rates over time because there’s typically no penalty for canceling your service before your term ends. On average, these types of contracts put about 2% more on your energy bill each year which can add up quickly when you stay on a yearly contract.

How to Choose the Best Renewable Energy Provider

When it comes to choosing a renewable energy provider, there are a few things you should keep in mind. First, you’ll need to determine what type of renewable energy you’re interested in. Solar, wind, and hydroelectric are all popular options. Once you’ve decided on the type of energy you want, you’ll need to find a reputable provider that offers it. You’ll also need to consider factors like price, customer service, and contract length. By keeping these things in mind, you can be sure to choose the best renewable energy provider for your needs.

Energy Plans and Rates are shown for the CenterPoint Service area and were updated on September 27, 2022 at 01:08 AM. Pricing shown is based on an exact usage of 1000kWh per month. Estimates are based on information provided to us by each Partner Company. Please visit the Energy Provider website, and confirm the estimates using the Electricity Facts Label and Terms of Service.

There are many reasons for which you can choose green energy plans. These reasons include the changes in the weather, due to other sources of energy and the climate disturbs badly. The green energy plans offer up to 100% renewable energy supply. As it is derived from green resources, it is not harmful to the weather. The green energy plans in which renewable energy is used create no pollution. By using this energy, we can avoid pollution in the environment. This energy helps to reduce carbon and make the world clean. By this, you can live in a healthy environment.

What is a Solar Energy Plan?

A solar energy plan is an electricity plan that uses solar power to generate electricity. This can be a great way to save money and help the environment at the same time.

Solar energy is a clean, emissions-free way to generate electricity, and it’s becoming more and more affordable as technology improves. Solar panels have gotten much cheaper and more efficient in recent years, and as battery storage technology advances, we’re able to store more renewable energy so that it can be used when the sun isn’t shining.

If you’re looking for a green energy plan, a solar energy plan is a great option. And since solar power is becoming more and more affordable, you’ll be doing your part to help the environment while also saving money on your electricity bill!

Energy Plans According to Your Preference

The rates of brown energy are lower than green energy. Fossil fuels turn in energy more quickly than renewable resources. What type of energy plan you want to buy depends on your preferences. You can find the electricity rates that fulfill your needs in Seabrook.

For finding the best electricity providers in Seabrook, first, make sure that you compare the right electricity rates. It is important to see a few providers that help you to find the best electricity rates. Energy Outlet has the main goal to provide its customers with the best available rates. Energy Outlet desires to provide you with a complete list of energy plans. Also, it gives the details of these plans that help you a lot. By comparing these energy plans, you can get the best plan. Every energy plan on Energy Outlet is very suitable for the residents of Seabrook. So,you can choose the one that fits your requirements and fulfill your needs.

Is Green Energy available in Seabrook?

Yes, it is and is now an alternative source of electricity widely adopted by homes and offices in Seabrook city. The power derived from solar is made possible through solar panels that retain sunlight and then use inverter technology to convert it to a usable current sent to the electricity grid and then delivered to homes. As for wind energy, wind turbines are used to generate electricity when the large blades turn. There is a rotor that turns too, and since they connect it to a shaft that spins a generator, it creates electricity for the homes in Seabrook city.

Green mountain energy is the spearhead of the renewable energy plans in Texas, Seabrook city included. The company offers mostly fixed green energy plans that are always locked till the end of the term of the contract because what most residents prefer is a predictable energy bill. The contract term of energy plans in Green mountain energy usually ranges from 12, 24, and 36 months. The company is highly trusted, and they are good at what they do. Their electricity rate is side by side with that of the two principal electrical companies in the whole of Texas. Green Mountain Energy Company has plans that offer free electricity too, so if you are looking for a green energy company in Seabrook city whose service will align with your average rate budget, consider Green Mountain Energy.

Power to Choose is an excellent resource for Texas residents who are looking to choose the right energy plan and provider. They have collected all of the top options, side-by-side so you can easily see which ones offer benefits as well disadvantages with just one click! This also helps them ensure they get rates low enough that will meet their needs now or in future years when prices may change again due to changes at home state laws concerning utilities like electricity providers.

Is electricity deregulated in Seabrook city?

The prices of electricity rates in Seabrook, Texas, have been deregulated; You now have the freedom to choose the company you wish to have as your energy provider out of all the energy companies in the area. As a new resident in Seabrook, the company you choose supplies Energy into your home, thus beginning a new contract with you. There is no paperwork to be signed with any governing body, nor do you have to pay switching costs; you get to use the Energy once a contract has been established.

What are the top electricity providers in Seabrook?

The only way to pick one out of many choices is to compare and weigh the options against each other. That is precisely how it’s going to be if you just moved to Seabrook and you are having a hard time picking an energy provider with a good rate for your home or office. Below is a compiled list of electricity rates from different electricity providers in Seabrook city.