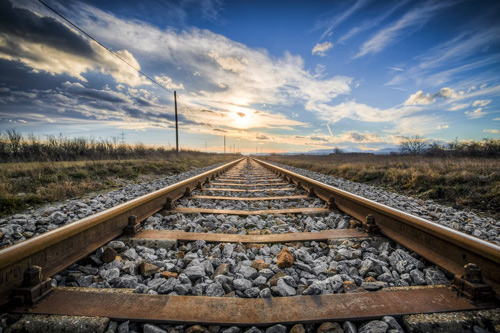 Kimberly Corley, the former executive director of the Railroad Commission of Texas, was on vacation before and after Hurricane Harvey made landfall, reports the Associated Press. Apparently Corley’s work calendar was marked for eleven vacation days during ad time when the commission was handling Harvey-related issues in the state. Corley told the AP that she was on vacation in Big Bend, but that she was active in the response to Harvey. She also said that Harvey was not brought up during a meeting she had last week with Christi Craddick, the chairwoman of the commission.

That meeting, which took place days before Corley resigned under unclear circumstances, has raised questions about Craddick’s involvement in Corley’s resignation. Commissioner Ryan Sitton accused Craddick of ousting Corley and has even asked the Texas attorney general’s office to investigate whether Craddick may have violated the Open Meetings Act by giving Corley a “job ultimatum” without consulting the other commissioners. Craddick released a statement explaining that “the agency needed to move in a different direction under the leadership of the Commissioners,” but did not offer specifics. While the reason for Corley’s resignation remains unclear, Jared Craighead, Sitton’s chief of staff, has defended Corley, telling the AP that she was “available the entire time” before and after Harvey.

Fool Me Once
According to the Dallas Morning News, a man who is accused of conning Texans with his claims of being a fracking expert was apparently also scheming in California’s real estate market. A lawsuit by the Securities and Exchange Commission claims that Christopher Faulkner—a.k.a. the “Frack Master”—has “duped investors into purportedly funding real estate projects” through is California company:
The company, Homes Inc. and HOMESINC Renaissance, falsely claimed a “proven and extensive” track record in “consistently” producing double-digit returns for investors through real estate investments, according to the lawsuit.
“In reality, Homes has never engaged in any investor-funded real estate transaction and is not using Renaissance investor funds for real estate-related expenses,” the lawsuit said, accusing the defendants of fraud and selling unregistered securities.

Faulkner’s lawyer, Larry Friedman, told the Dallas Morning News that the SEC was just using this new lawsuit to influence another lawsuit with Faulkner over Breitling Energy, his Dallas-based company. The SEC claims that Faulkner lied about his energy background and used Breitling to allegedly commit $80 million worth of fraud.

A dispute about Eagle Ford Shale between two oil companies was settled last Tuesday in South Texas. Matrix Petroleum, a Houston company, claimed that Talisman Energy USA (which was acquired by the Spain-based Repsol in 2015 and is now named Repsol Oil & Gas USA LLC) “knowingly and continuously breached every governing document related to the Cooke Ranch,” since they acquired interest in the 12,600-acre ranch in late 2010. The San Antonio Express News reports that Matrix Petroleum, which is a nonoperating partner on the ranch, claims that Talisman Energy violated the ranch’s leasing agreements by drilling wells just 100 feet from the ranch boundary without drilling the required “offset wells” required by the lease. The lawsuit also alleged that Talisman Energy underpaid Matrix Petroleum for oil and gas production by using meters that inaccurately measured the oil and gas produced from the wells. Matrix Petroleum will be awarded $100 million in damages.

New Appointee
Last week, Governor Greg Abbott announced that he had appointed DeAnn Walker as the new chair of the Public Utility Commission of Texas (PUCT). The commission is responsible for monitoring state utilities such as electric and telecommunication, as well as water and sewage. Walker, who is currently a senior policy advisor for the governor, spent fifteen years working for CenterPoint Energy as the director of regulatory affairs and an associate general counsel. According to a report by Utility Drive, the PUCT has had its hands full with Oncor’s search for a new owner. The journey to settle things for Oncor, Texas’s largest utility has been a long one, beginning since Energy Future Holdings—Oncor’s parent company—filed for bankruptcy back in 2014. But the end may be near, depending on the PUCT:

Sempra’s bid for Energy Future Holdings was recently approved by the U.S. Bankruptcy Court for the District of Delaware, and the next step involves a filing with the PUCT. Regulators have held fast to commitments to insulate Oncor customers from possible impacts of a new owner.

About the Author: Energy Outlet